The current demand for temporary workers is far outstripping supply, says a report from The Recruitment & Employment Confederation (REC).

Published in July, the latest Markit/REC Report on Jobs found that the availability of workers, both temporary and permanent, had continued to decline, following trends from previous months. The supply of temporary labour deteriorated at the quickest rate in 18 months during June. The number of temporary positions being advertised remains steep, says the report, although the rise had softened a little since May, when demand for staff reached a 21-month peak.

The increase in job billings and the shrinking candidate pool has impacted on numerous sectors across the UK, and appears to have hit the south of England (excluding London) particularly hard.

There are many reasons touted as to why this is happening, with Brexit being named as one of the key factors. The fall in the value of the pound against the Euro has meant that the exchange value of temporary workers’ wages for EU nationals is now worth less than it was, even taking into account the National Living Wage increases.

As a result, employers are responding by increasing wages across sectors. The growth in hourly pay rates quickened since May. According to the report, rates reached a 6-month record in a bid to attract more temporary workers to fill essential vacancies and to keep current workers on board.

Recent labour market statistics from the ONS shows that overall, the number of people in work in the UK has increased and unemployment has fallen. The REC responded to this data, saying that there is still a strong demand for workers and that the market continues to rely on workers from abroad to fill skills gaps and both temporary and permanent positions.

At the moment, uncertainty over the government and the EU’s plans for post-Brexit immigration is causing fear among employers who rely on access to workers in the EU to help make up for the existing skills shortage in the UK. 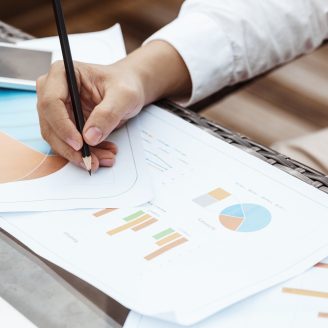