Launched to honour and bring public recognition for varied achievements and positive contributions from those professionals working across the hospitality, tourism and retail sector, these new awards not only recognise and celebrate the BH region’s best-loved tourism, hospitality and retail businesses from the BH postcode areas: Bournemouth, Christchurch, Poole and Wimborne, plus surrounding towns and villages.

Initial judging was carried out by representatives comprising of independent trade and business executives and educators, entrepreneurs and innovators. They will now make their final decisions as to who the BH Star winners are, which will be revealed at a gala dinner and awards ceremony at The Lighthouse, Poole, on Thursday 14th March.

Jackie Phillipson, co-founder of ROUTEpr and Events, organiser and curator of the Star Awards, said: “The judging panel was impressed by business growth, vision, drive and  development. Well done to all entrants, semi-finalists.”

“The categories have a clear focus and are open to businesses, suppliers and individuals. As we approach the final judging, our focus now turns to staging a glamorous and stunning gala ceremony and dinner, which will be the standout event for making regional connections.”

“The value of winning, kudos and related publicity mean that the winners have something to shout about as they return to congratulate their teams. They act as ambassadors for the future and for other regional Star Awards.”

A huge congratulations to everyone in our category of Business & Tourism Venue and we look forward to seeing you at the finals:

The BH Star Award winners will be announced at a gala dinner and ceremony at The Lighthouse, Poole, on March 14. Tickets are now on sale. Visit the website www.bhstars.co.uk to find out more and to purchase tickets. 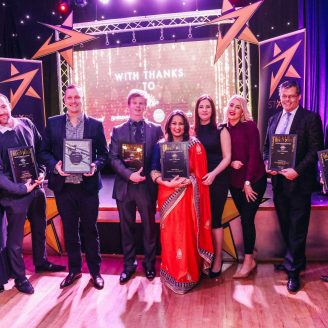