What job would your favourite characters in Game of Thrones do today?

Game of Thrones is back and there’s one question we’re all dying to know the answer to… what modern-day jobs would the GOT characters have?

Constantly dealing with inflated egos and troublesome personalities – we’re not sure who was worse out of Joffrey or Ramsey. She’s able to deal with situations calmly and quickly and would be the perfect HR Manager, dealing with all manners of employee queries and coordinating policies.

Tyrion successfully acted as Hand to counsel King Joffrey and Daenerys Targaryen. Seeking a better role as an Accounts Assistant, he would probably swap companies for a better job (ie, to not get murdered by Big Sis).

Khaleesi of the Great Grass Sea. Breaker of Chains. Mother of Dragons. Daenerys grew her brand – fast. To attract followers, she’d try the unconventional – like stepping into Drogo’s funeral pyre to engage with Dothraki. And like all good Marketing Managers, she has long-term success in mind too. Of the Iron Throne variety.

He led the Night’s Watch over The Wall, after persuading them to team up with The Wildlings to fight the Army of the Dead, and even diverted Daenerys’s troops from Queen Cersei to join his cause. Only a Warehouse Supervisor could handle so many moves.

Master of Whisperers and with a network of spies, who better than ‘Spider’ to eavesdrop on social-media chatter. A Social Media Executive eavesdrops on the good and bad things people post about their brand, then tweaks their messages to be more appealing. Sound familiar?

Quite literally a miracle worker, who better to keep belligerent bosses like Stannis Baratheon happy while juggling looking after others? As a Registered Nurse, she can even help bring people back to life, just like she did with Jon Snow.

He spots things others don’t, and loves research and burying his face in a book. Today, Sam would swap spell books for HTML guides and work as a Full Stack Developer. The digital agency would be his Citadel, and the websites he codes would have a super-friendly user experience.

Ambitious, able to exploit an opponent’s weakness and sees the big picture – usually with herself plumb in the centre – Cersei would make a ruthless Finance Officer who’d short her own family for cash.

Skilled with a blade and not afraid to cut it in a man’s world, Brienne would be an amazing Chef. She’d out-swear Gordon Ramsay and her soufflés would never have soggy bottoms. Her Sous Chef Gendry would keep an eye on the timings, just to be sure.

Arya literally takes heads ­– well, faces anyway – to infiltrate places with people on her list. A master of adapting to the situation, she’d be the perfect Customer Services Representative, dealing with all manners of customer questions.

The Hardest Job In The World What is an apprenticeship and where can it lead? 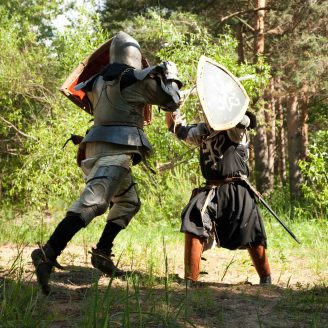